I don’t hear from Bruno all morning. I’m unbothered, because Bruno is Brazilian and I’m American and he almost always is fine, regardless of how paranoid I am. I decide to look for a bank after I check out from my hostel, and then wander around Berlin.

I didn’t want to pay for a bus pass for a few hours, so I decided to walk.

I passed some very German looking buildings, and saw some interesting sculptures.

Somehow I find myself at the “Checkpoint Charlie” museum.

Checkpoint Charlie refers to a part of the Berlin Wall in which people could cross back and forth from East and West. On the East side, American troops were stationed (thus the Charlie part, everywhere Americans are either Yankees or Charlies!). The Checkpoint Charlie museum keeps reenactors around, and has a huge crowd around it taking photos.

It’s around now that I get a text message from Bruno. “Yes, I am alive.”

Of course you are! I wasn’t worried! I text him back, “How long were you there?”

Ladies and Gentlemen, the time is 9am. Bruno just left the club that we got to at 12am the previous night.

HOW DID HE DO THAT?

Anyway, Bruno lets me know that we need to get to our train stations soon to catch the train to Stuttgart where Bruno lives. I start walking to my train station, eager to speak to Bruno in person. We catch the train from two different stations, and meet up at the second stop.

The train is nice, much nicer than the MARC I took back and forth to DC. The seats are cushiony, they’ve got the doors to the rooms. I thought that only happened in Harry Potter!

Here’s me, looking chipper as ever.

Here’s Bruno, dead inside, but doing his best. I ask him how he did it, he says, “You just keep dancing, you don’t stop.” Also, “I spent so much money on beer in there.” He ends up sleeping on the train the entire time. I decide to play Cuphead.

We arrive in Stuttgart sort of late. Bruno suggests that we go back out for a bite to eat and to meet up with his friends in town. We visit a grocery store and a kebab place.

Everyone in Spain and Germany talks about Kebab, but to me this is Kebab.

For everybody else, it’s Doner Kebab. 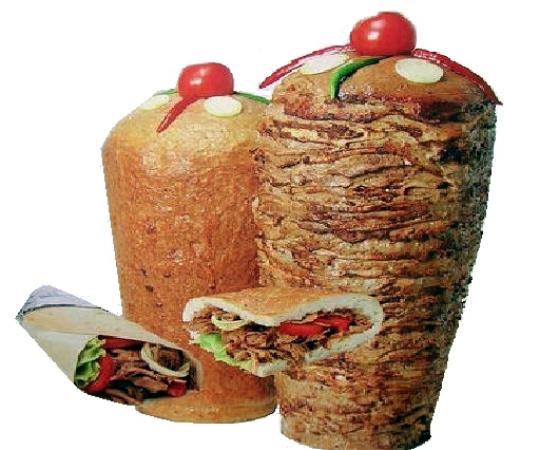 So Bruno takes me to a kebab chain while we meet with all of his friends. I’d like to send a shout out to the dude who made my doner kebab. I asked him for halloumi cheese (it’s a salty cheese, really good when you fry it) and he gave me some slices for free. I have no idea how you’re supposed to eat a doner kebab wrapped in a pita, but I did my best, and I really enjoyed it.

Later we head to Schlossplatz, a square that host the New Castle of Stuttgart.

We chill with Bruno’s friends, some of whom speak German and English, all of whom speak Portuguese. My brain isn’t perfect at making the switch between Spanish and Portuguese, but being around them made me more resolute that I have to keep the Portuguese at the ready. You never know when someone will ask you, “O que você acha?” and you can’t say, “Yo pienso que…”

The next day Bruno says, “Do you want to go to the cabbage festival I told you about?”

UH, YES. THAT’S NOT EVEN A QUESTION. Back home in Cambridge, Maryland we do peach festivals, crab festivals… but a cabbage festival? Hell yeah, let’s celebrate that! Let’s get some sauerkraut!

So we head to the local cabbage festivals in the area.

Leinfelden’s cabbage fest, or Krautfest, was combined with a tractor and car show. Stuttgart is known as the hub for Mercedes-Benz, Porsche, and Bosch. I know nothing about cars (except for my baby Kia Soul that I left back home, Mommy Loves You Finnur!) so I couldn’t appreciate the cars and tractors, but I tried.

I know what I came for though, and that’s cabbages….

Filderkraut refers to a particular cabbage, the white pointed cabbage. It’s only grown in a certain kind of soil (and thus the fild=field part) and is local to this part of Germany. There was so much cabbage themed apparel, items, decorations…

There was even a drink stand selling cabbage themed drinks. I asked to try the “cabbage water,” “krautwasser.” The dude tells me, “It’s not really cabbage water. It’s green juices.”  “I should have told you it was 40% alcohol,” he later told me. Turns out, it was absinthe, don’t try the cabbage water.

Even the map near the metro, normally just a plain ole map, was decorated to celebrate Filderkraut fest.

People were posing in front of all kinds of cabbage installations – myself included! And the windows of this house would open and folks would sing songs.

There were even cabbage-shredding contests.

Surprisingly – or unsurprisingly if you are around a lot of cabbage – these suckers were HEAVY. It took all my might just to lift one. Allegedly, these cabbages are easier on the stomach because of their high water content, but that also makes them heavier!

These cabbages are used a lot for sauerkraut, which I went out of my way to try.

Sauerkraut is not a lie – it’s very sour! As somebody who loves sour foods and drinks, it took me by surprise.

The day after the cabbage festival was my last day in Germany. I’ll really miss it! It was only a fling, but I feel like our relationship is just getting started. I think I’ll close out with a few thank you notes.

Thank you to Bruno and his friends!  Thank you for showing me a good time, having patience with my Portuguese, and going out of your way to include me in your English conversations! Here’s hoping we meet again, better at all sorts of languages. And Bruno, my excellent host, I will see you in São Paulo! I can’t wait to visit!

Thank you to Germany for being so interesting, beautiful, and accommodating.

I’ve only scratched the surface of you, and I hope that the next time I visit I’ll know just a little bit more German. What an amazing (and complex) language!

And a huge Danke schön to the Filderkraut.

As a cabbage-lover, I salute you and all that you have done for the German people. I hope I can eat some more of you soon!

That’s all for the German Excursion! We’ll be back to our regularly scheduled programming soon!

Previous Post: « The German Excursion: Part 2 – How Bruno and I Got Into the World’s Most Exclusive Club
Next Post: Two Months In: Everything »