Follow me on the socials! While you’re at it, you could check out my e-book for broke PhD students like me.

Flipside Upside Down for Stranger Things

I’ve been meeting cool folks left and right around here, and one of the new homies, Laquise, has seen Stranger Things. Stranger Things is a popular show available on Netflix, about four young boys in a small town,who face dangers and challenges that are out of this world. It’s also about a young girl who changes their lives, and the adults who are trying to keep their cool despite their logic failing them. It’s sci-fi, it’s adventure, it’s 80s nostalgia, and it’s super fun. I love it because the stakes are high, people rise to the occasion, and it’s so satisfying to watch them win, lose, and change.

I say all of that to say, a new season just came out, and I watched the entire thing in one night. I just ate coconut ice cream, drank water and green tea, and watched for 9 hours straight. I’m not proud, but it’s what I had to do.

It’s hard to find people who have seen the second season, but when I met Laquise and mentioned it, she knew immediately what was up and we had a full on conversation. When we found out that a Stranger Things portal would be opened in Spain, we made the date and went.

But the line was awful and we got turned away at the door.

BUT THEN WE WENT BACK.

AND WE WAITED IN LINE FOR THREE HOURS…

We waited so long that the workers gave us candy to keep us happy. Being that the second season of Stranger Things is set during Halloween, we got a little Halloween Candy packet.

We finally got in and….

It was a little underwhelming! Most of the props were referencing things from season one, and the decorations were sparse.

Beware: Spoilers for Season One Below!

There were a bunch of lil’ areas around a room, little vignettes of scenes from the show. We paid our respects to Barbara, a character from Season One killed rather unceremoniously… she didn’t deserve that.

We tested our psychic abilities.

I did my best to imitate Eleven, bursting through a portal in the wall at her school. 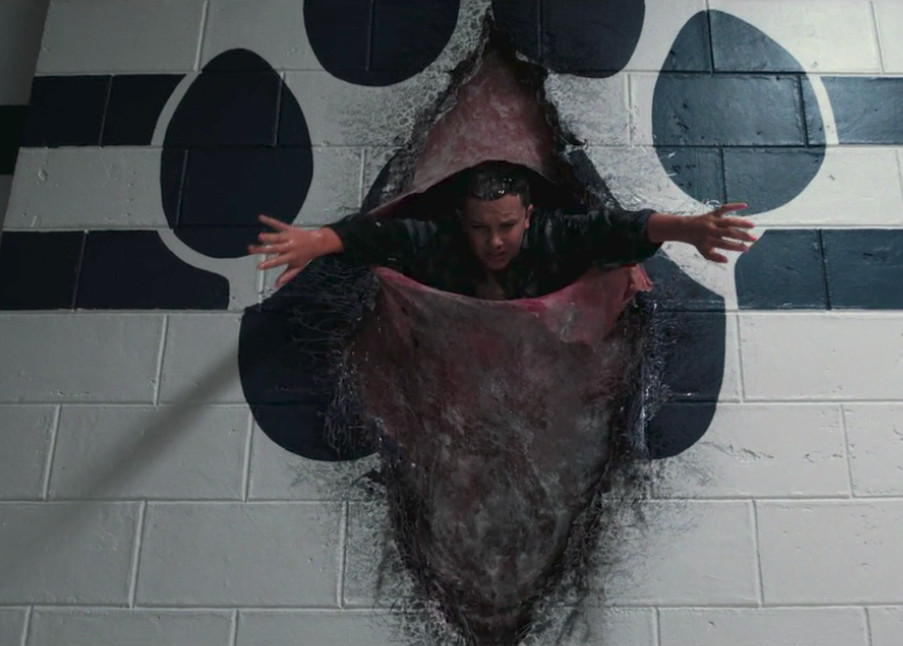 We became the boys on bikes.

Later we visited the Upside Down, the alternate dimension where monsters lurk…

This area was the biggest letdown. The Upside Down in the show is bleak, foggy, and bland, sure. But in terms of the Stranger Things universe, the basement of the building can be host to the Upside Down,

the character Mike’s basement, complete with the fort he builds for Eleven

and the Dungeons & Dragons game the boys play all the time. 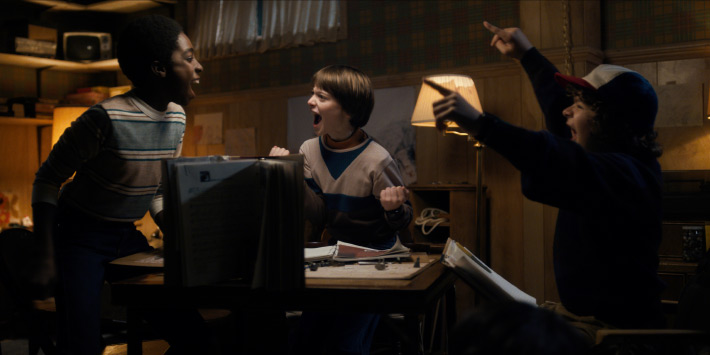 But alas, all that was there was a silly slingshot game that nobody was playing, and a Virtual Reality game.

After sitting in line for 20 minutes waiting to play it, it wasn’t even scary anymore!

Laquise and I braved the world of Stranger Things, from our world to the Upside Down…

and all I got were these stickers and a poster.

Thank You for Letting Me Go: Part Two – It Was All A Dream

After 300 days abroad in Spain, I’m coming back home. Thank you for coming with me and here’s what I’ve learned from you all…

Auxiliar Chronicles Part 3: A Day in the Life

I spend my days as an auxiliar de conversación running all around Madrid, Spain tutoring, teaching, and eating. Always on the go!

A Holy Week In Review – Wednesday to Sunday

I celebrate Semana Santa, or Holy Week, in Spain by going to a monastery in El Escorial and finding Jesus on Maundy Thursday.

On Gratitude
My Favorite Song: Summer Feelz by Aminé

PhD student. Lover of learning. I write a lot, I think a lot, and I eat a lot of pastries. I write semi-regular updates about my life and travels, personal essays, and fun fiction about my favorite songs.This blog is about all of that, and a bit more. Come for the embarrassing stories, stay for the introspection.